Those who wish to take a tenacious glance at the world market may notice a disappointing picture - Russian brands are almost not known abroad.

Any attempt to gain a foothold in new niches is met with stiff resistance. Moreover, according to experts, it is not only and not so much eminent manufacturers of goods and services that are guilty, but the mass of "nonames" that flooded markets and shops all over the planet. And yet, what Russian goods are known in the world?

Kalashnikov. Perhaps the most famous Russian brand. It is unlikely that Mikhail Kalashnikov, creating his machine gun, counted on such a large-scale glory. His inventions were distributed centrally - first as an aid to the "fraternal peoples" in the fight against the imperialists. Then, when the world was convinced of the quality and reliability of weapons, they began to be produced in other countries. Starting from China, where weapons of Soviet origin are produced everywhere, ending with the United States, where more than one AK clone has been created.

Needless to say, in many countries "pirated" versions have been produced and are being produced, without any deductions to copyright holders. Moreover, the Kalashnikov assault rifle is depicted on many coats of arms and flags, primarily those of the Third World countries. Even now, despite the emergence of more accurate and faster-firing models, the authority of the AK remains undeniable. 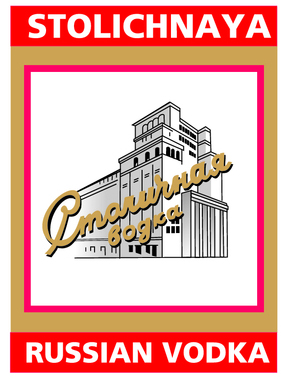 Stolichnaya. Perhaps the most "problematic" brand. Numerous scandals and litigation are associated with the name "Capital". As you know, vodka with this name began to be produced back in 1941 - in the cold, besieged Leningrad. Soon after the war, she gained great popularity in the USSR.

In the 70s, the brand entered the world market and soon gained immense popularity, which remains to this day, bringing millions of dollars in profits to the owners every year.

At the same time, the brand changed hands many times, was resold, and the vodka itself was produced far beyond the borders of Russia - the owner of the brand, Yuri Shefler, willingly sold licenses for its production to foreign companies.

Fortunately, the European judicial system has proved to be quite effective. In 2012, the Dutch court found the circumstances of the brand acquisition not quite transparent and decided to transfer the rights to use it to the Russian Federation. A similar fate befell Moskovskaya vodka. Now the right to distribute the product under this trademark also belongs to Russia.

LADA. The appearance of the brand is associated with one historical anecdote. At the dawn of the Soviet automotive industry, all models of the Togliatti automobile plant were called Zhiguli. However, it soon became clear that this name does not at all correspond to the existing "international norms".

Rumor has it that European buyers associated the name "Zhiguli" with "gigolo" - not the best association for a car. Recall that the same fate befell Rolls-Royce. Sales of the Silver Mist failed in Germany, as one of the German meanings for Mist was "dung". I had to change it to "Silver Shadow". Well ... In this, the Russian automaker is equal to the best in the industry.

For some time, the Zhiguli and LADA trademarks were used simultaneously - the first for the domestic, still Soviet market, and the second for export cars of the Tolyatinsky plant. As a result, in the 2000s, they began to use a single name for all models (written in Latin).

Despite the critical reviews of Russian car owners, LADA models are quite well known abroad. They are used where cars of low cost are required - in particular, as taxis, police cars, etc., as well as vehicles of private owners.

They are also presented in foreign cinema. Offhand, you can call the French comedy "The Corsican" with Jean Reno. There, after a long adventure, the car, which can be easily identified as the Niva, eventually falls into the abyss.

Kaspersky. This is one of the few Russian brands that does not have a direct connection with the Soviet past, but has earned popularity abroad. Anti-virus products got their name in honor of the founder of the company - Evgeny Kaspersky.

Today you can find Kaspersky anti-virus software with various functionality. Programs are produced for ordinary computers, Internet tablets, etc. Moreover, depending on the price and degree of protection of the buyer's equipment, the price can vary greatly.

The efficiency of the released software allows Kaspersky Lab products to constantly be in the "tops" of the ratings of world anti-virus programs. Although, as always in big business, it is difficult to say where marketing and “lobbying” influenced the rating, and whose rating most impartially assesses the real performance of the software.

Known about Kaspersky and curious facts. For example, in some countries its products are advertised as "antivirus from a former KGB agent." Recall that in his youth, Evgeny Kaspersky really devoted himself to work in the USSR State Security Committee, however, this has little to do with his activities as a developer of anti-virus software.

And finally GAZPROM. It is difficult to call GAZPROM a real "consumer" brand - it is far from Coca-Cola. Ordinary foreign citizens know about the products of the Russian energy giant, mainly through news releases.

Moreover, in most European countries, the activities of GAZPROM are covered by the media as, of course, wrecking. It is believed that the Russian authorities use the company for political pressure on neighboring states, especially on many countries of Eastern Europe - the Baltic states, Ukraine, Belarus, etc.

Meanwhile, GAZPROM is confidently ranked among the top 100 largest companies in the world, and its infrastructure provides thousands of jobs not only in Russia, but also far beyond its borders.