One of the largest both in Russia and around the world, the creator of software whose purpose is information security. The products are intended for both business and private users. The number of users of this software is already in the millions. Solutions are available for a variety of operating systems and platforms.

The history of the company began back in 1989, when the home computer was still exotic. But computer viruses were no longer exotic. True, they were then distributed mainly by means of floppy disks. The computer of the then unknown programmer Evgeny Kaspersky picked up the Cascade polymorphic virus (in our country it was better known under the name “Letterfall” - suddenly all the characters on the computer screen collapsed to the bottom line). Eugene got rid of the misfortune (by means of a Soviet-developed antivirus), but the idea of creating antivirus software seriously captured him, turning into a hobby at first. In the future, the hobby turned into a means of earning money. Eugene began writing books on computer viruses and giving lectures at universities.

Two years later at the Science and Technology Center KAMI A department for the development of antiviruses was founded, in which a group of developers gathered by Kaspersky worked. In 1994, the department was headed by Natalya Kasperskaya, Evgeny's wife. It was she who began to lay the foundation for the commercial success of the project, establishing contacts, developing a partner network, and doing sales. 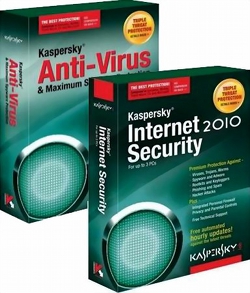 In 1994, another significant event took place - the program AVP (prototype of the current Kaspersky Anti-Virus) became the winner in the international testing of anti-virus software. The testing was conducted by the University of Hamburg and was the first of its kind. This success determined the future of Kaspersky.

The date of birth of Kaspersky Lab is June 21, 1997. It was then that the separation KAMI. In the same year, the young company was expected to succeed - the Finnish developer of anti-virus software Data Fellows acquired a license to use the "engine" AVP in your own antivirus F-Secure. 1999 was marked by the opening of the first foreign representative office - in the UK.

In 2000 AVP was renamed to "Kaspersky Anti-Virus". Today it is one of the most popular antiviruses in the CIS countries.

By the end of 2002, the division of the product range began. There are solutions to combat spam and hacker attacks. A year later, the release of software for portable devices begins.

The headquarters of the "Laboratory" is located in Moscow. Representations are scattered all over the world. Many companies in dozens of countries are united in a single partner network.

The polymorphic (i.e., not having a permanent program code) Cascade virus (“Letterfall”) brought not only Kaspersky to the world of anti-virus software. In 1988, he caused very serious problems in the Belgian office of the company. IBM. As a result, the latter also took up the development of antiviruses. True, initially the company created this software only for internal use.