Car company Tesla Motors filed a lawsuit against the TV channel BBC, producer of the popular television show top gear. The accusations boil down to the fact that in one of the episodes of the transfer, an electric car Tesla roadster was deliberately shown in an unfavorable light, which influenced the attitude of buyers towards this car.

This is an episode that aired back in 2008. In the program, viewers saw how during the races Tesla roadster with its gasoline counterpart - a car Lotus Elise, the electric car suddenly stalled in the middle of the road and could not continue the race. Everything that happened was accompanied by rather caustic comments from host Jeremy Clarkson. 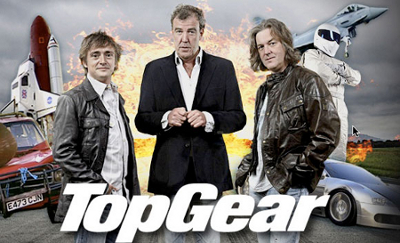 The lawsuit alleges that such an incident was specially prepared by the creators top gear in order to attract more interest from the audience, while the electric car was fully functional and fit for such a race. And the breakdown was pre-written in the script of the TV show. Representatives Tesla declare that they repeatedly demanded to remove the unpleasant episode from the recordings of the TV show, but no apologies or changes were made to the program, the mentioned episode continues to appear on the air and on the re-release of the program in DVD format.
Total
0
Shares
Share 0
Tweet 0
Pin it 0