The famous French company Cartier, engaged in the production of jewelry, watches and other luxury items, has existed since 1847. This brand is one of the most famous in the world, and its logo is considered one of the most recognizable.

The company was founded by the jeweler Louis-François Cartier. Initially, this was only a small workshop, which was engaged in the repair of jewelry, as well as the production of its own products. The latter quickly became a success. Largely due to a happy accident - the creations of Cartier liked the Countess Nieuverkerk. As a result, the court became interested in the products of the talented jeweler. They were even acquired by Empress Eugenie, wife of Napoleon III. The success of the still young company was assured. And in 1867, products from Cartier were already presented at the World Exhibition in Paris, where they attracted the closest attention of the public of all kinds.

An important advantage of jewelry from Cartier was their uniqueness. The jeweler has always strived to ensure that they do not repeat. He boldly experimented with shapes and materials and was one of the first to use platinum. They were real works of art.

The very first Cartier watch appeared in 1888. But then they did not arouse much interest, the market was not yet ready. However, the company continued to work in this direction. And in 1904 she introduced the Santos model, which has already become really popular. No less famous was the Tank model, which marked the beginning of the line, which is still produced today. 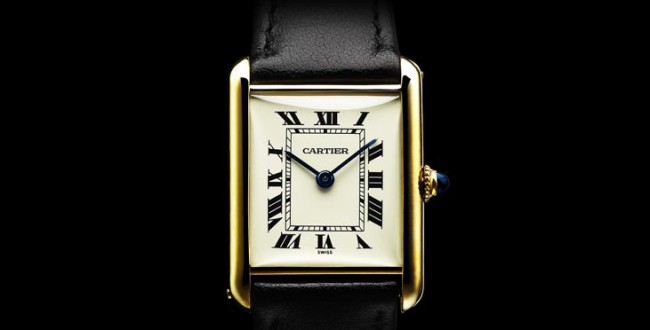 In 1962, a black streak began in the history of Cartier. The death of the last members of the Cartier family led to the division of the company into three parts, with offices in Paris, New York and London. This went on for almost ten years, until 1973, when it was decided to combine all three parts back to form Les Must de Cartier.

Fortunately, the Cartier brand has not lost its appeal at all. And the new company quickly conquered the markets of various countries of the world. Boutiques began to open in America, Europe and Asia, Cartier products were popular everywhere.

Since 1993, Cartier has been part of the Swiss concern Compagnie Financière Richemont SA, which owns many well-known brands and is one of the leaders among luxury goods manufacturers.