The American company Cisco Systems can be considered unique. She distinguished herself as an unprecedented rapid growth in capitalization, as well as strong adoration from the fans. Created by Cisco to develop and sell network equipment. The specialization of the business turned out to be narrow, but in it the company reached its maximum heights. And although its stellar time lasted no more than five years, during this period Cisco Systems still managed to fall into the category of "legendary".

The company was founded in 1984 by Leonard Bosack and Sandra Lerner, a married couple who were then working at Stanford University. They named their brainchild in honor of the city of San Francisco (Cisco is an abbreviated version of the name). The logo was chosen accordingly - the image of the famous bridge in San Francisco, called the Golden Gate. Leonard Bosack wrote the software for the multi-protocol router with his own hand, which became the company's first product.

It took the couple 6 years to promote the company. However, already in February 1990, according to the results of market capitalization, the total value of Cisco Systems shares amounted to $ 224 million, which was hundreds of times higher than the money originally invested in it. Without thinking twice, the founders of Cisco sold their offspring, having received more than $ 170 million in compensation. Venture investors gave management positions to professional managers, after which the company continued its development. The post of head of the company was taken by John Chambers.

Cisco easily succeeded, and all because they undertook the release of routers that allow you to connect computers that have different network protocols. These routers also featured a flexible operating system that made it possible to update the firmware of even older models. Thanks to this, routers have not lost their relevance for decades.

From 1992 to 1994, Cisco Systems acquired a number of growing companies, including Kalpana, Grand Junction and Crescendo Communications. This was the period of its undeniable heyday. The faster the Internet developed, the more actively Cisco products were sold. So, no ISP could do without the Cisco AS5200 access server or GSR router, thanks to which Cisco Systems far outstripped all its competitors.

In May 2000, the number of employees of the company exceeded 44 thousand people, several thousand of them were millionaires. In the same year, the value of Cisco reached $ 500 billion, which brought it to the first position in the list of the most valuable companies in the world. However, in the following year, this figure fell by more than five times ...

For the first time in the last ten years of Cisco Systems' existence, its quarterly figures turned out to be negative. The reason is the collapsed internal economy of the company. Cisco has grown too fast, acquiring more and more other companies. Sooner or later, a crisis would have to come. After all, according to calculations, after 10 years of Cisco's operation at a given pace, its turnover would be equal to that of the US economy. 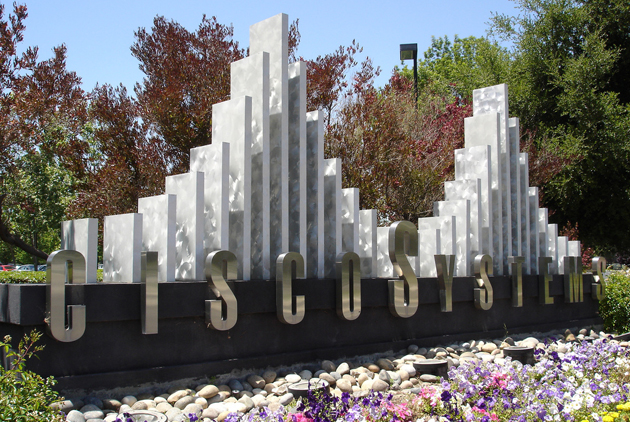 The crisis hit the company hard. In order to somehow save the situation, most of the equipment it produces was thrown onto the market. It sold for only 6-7% of its real price, as a result of which the demand for Cisco products almost completely disappeared.

Nevertheless, the president of the company, John Chambers, did not lose optimism. He set himself an annual salary of just $1 and said it would stay that way until Cisco Systems got back on its feet.

Slowly but surely, the company returned to normal. Now she is more focused on technological innovations and on the needs of her own customers. So, in 2001, Cisco offered the latest model of an optical switch for the telephone company Bell South, and in 2003 sponsored the first wireless Wi-Fi IP phone.

Today, Cisco provides the highest quality services in its market segment. The company's products are sold in almost all countries of the world, both to ordinary consumers and large corporations. At the end of 2013, Cisco's revenue amounted to $48.6 billion, while net profit is more than $10 billion. The company's assets exceed $59 billion, the number of employees is 67 thousand people . All of this suggests that things are looking good for Cisco after all.