The world's largest manufacturer of greeting cards that are sold in billions of copies around the world. The company also deals with souvenirs. For example, the famous cubs produced under the brand Forever friends, belong hallmark. The company also owns a cable TV channel hallmark channel, which broadcasts programs for the whole family, brand Crayola (pencils, felt-tip pens, crayons, colored paper, etc.) and some other brands, mainly associated with gifts and souvenirs.

Hallmark Cards - a company with a long history, which began in 1910 in Kansas City, Missouri (Kansas City, Missouri). That year, a certain Joyce Hall came to town, whose possessions consisted of several boxes of greeting cards. An 18-year-old entrepreneur traded them. And apparently things went so well for him in Kansas City that he decided to finally settle here, his brother Rollie (Rollie Hall) moved to him and together in 1911 they founded the company hall brothers. In 1915, a misfortune happened - a small office-shop of the company burned down. But the brothers did not despair, but started all over again, borrowing a large (at that time) amount of $ 17,000.

Hall looked to the future. He quickly realized how important a recognizable brand is to success. So in 1920 the brand was born hallmark, and the crown logo has become a mandatory attribute of all postcards. Name hallmark - a play on words, it includes the surname of the brothers, but is translated as "sign" (good quality). 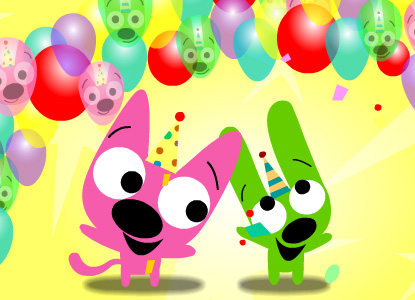 In 1932 hallmark enters into an agreement with Disney, after which the famous cartoon characters appear on greeting cards, significantly raising their already high popularity. Generally hallmark often used unusual advertising very successfully. So, in 1951, a series of family-oriented television programs sponsored by the company was launched. Hallmark Hall of Fame. They became so popular that over time they grew into what is now known as hallmark channel. Later postcards appear with celebrities depicted on them.

A very significant event occurred in 1954 - the company hall brothers changed its name to Hallmark Cards. And four years later, it enters the world stage. It all started with the takeover of a Canadian company William E. Coutts Companythus securing the capture of the Canadian market. By the way, in Canada until the 90s it was nonsense hallmark was known as Coutts Hallmark.

Today, about two billion postcards are sent annually to the US alone. hallmarkwhose revenues are already in the billions. The imagination of the company's employees can only be envied - about two tens of thousands of designs for postcards are invented annually.

The company's headquarters are still located in Kansas City.