Enterprise Dr. ing. hc F. Porsche GmbH, originally engaged in the creation of components and assemblies for automotive companies, was founded in 1931. In those years, its founder Ferdinand Porsche had not yet thought about mass production of his own car. But he successfully began to do it for others. Before the start of World War II, he worked on many third-party orders, creating, for example, such a legend as the KdF-Wagen (or, more simply, the "Beetle" - the legendary car that formed the basis of the company Volkswagen). Porsche's very successful developments include the so-called Type 22, a racing car commissioned by Auto Union AG. All the developments of that time and formed, in the future, the basis of the legendary Porsche cars. 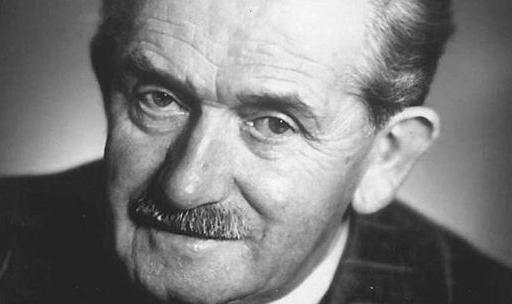 In the same years, the Type 64 racing car (also known as the Volkswagen Aerocoupe) was commissioned by the Nazi government for the Berlin-Rome race in 1939. In total, three Type 64s were created, of which only one survived - the first was killed at the very beginning of the war, and the second was "stopped" by American soldiers, intoxicated with victory and looking for entertainment. The surviving copy even managed to participate in the post-war races, and successfully. Now it is in a private collection, so the company museum in Stuttgart has only a recreated copy of the body. When creating the Type 64, the designer actively used the same solutions as in the "Beetle" - the appearance is recognizable. All this gives reason to believe that the Type 64 was the first prototype for future Porsches. 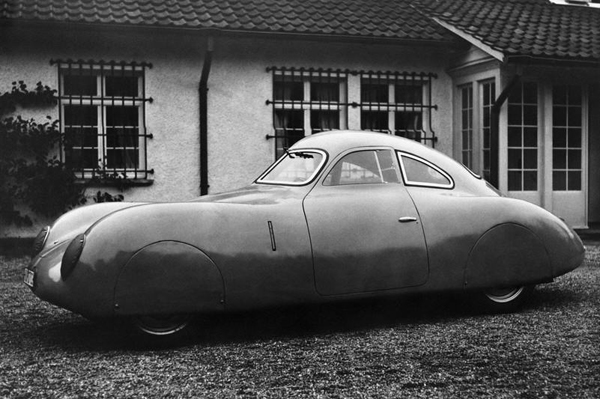 During World War II, the brilliant designer was involved in the creation of military equipment. He participated in the development of tanks "Tiger", "Panther" and other types of military equipment. One of the most successful self-propelled artillery mounts (ACS) of that time, Ferdinand, was developed by none other than Ferdinand Porsche, it is believed that it was named after him. There were not so many of them, but our soldiers called any German self-propelled guns "Ferdinands", as a result of which many had the opinion that this "self-propelled gun" was one of the most massive.

After the end of the war, Porsche was accused of conspiring with the Nazis and sent to prison, where he spent 22 months. Freed, the designer was virtually out of work. At the Volkswagen factories, where he turned in the first place, other specialists were already working and did not need his services. And they didn’t really want to hire a person branded with the labels “unreliable” and “collaborated with the Nazis.” It is not known how everything would have ended if it were not for the engineer’s son, Ferdinand Porsche Jr. (in the family circle, just Ferry). It was he who undertook the revival of the company, completely building it on the foundation laid by his father.

In 1948, the Model 356 appears, many elements of which were borrowed from previous developments, and especially from the Type 64 and the Beetle. Many components of the Porsche 356 were made by Volkswagen, specifically to save and simplify production. The exceptionally successful design has won the respect of many fans of active driving. 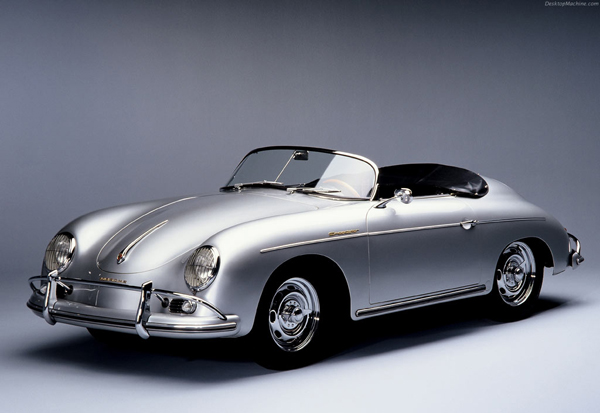 In 1950, the company moves again. In German Stuttgart, where it is located to this day. Porsche 356s were produced for quite a long time, until 1965. During this time, many modifications have been introduced. Many of those models are still on the road today. In general, Porsche cars are not accidentally recognized as the most reliable - it is believed that more than 75% from the entire fleet produced over the years is still on the move.

And in 1951, Ferdinand Porsche dies. Death was due to a heart attack. It is believed that the reason was the years spent by the inventor in prison. He lived to be 75 years old.

One of the most important events in the history of Porsche took place in 1963 - the Porsche 911 was presented at the Frankfurt Motor Show. The design of the car, which was destined to become legendary, was developed by Ferry Porsche's eldest son, Ferdinand Alexander Porsche. The story has survived that the model was originally supposed to be called 901, but this was opposed by the French Peugeot, which owned the right to names of three numbers with a zero in the middle. The novelty was created in such a way as to have an updated design, but at the same time not deviate too much from the usual canons of the company. The result was recognizable forms that are successfully used to this day. 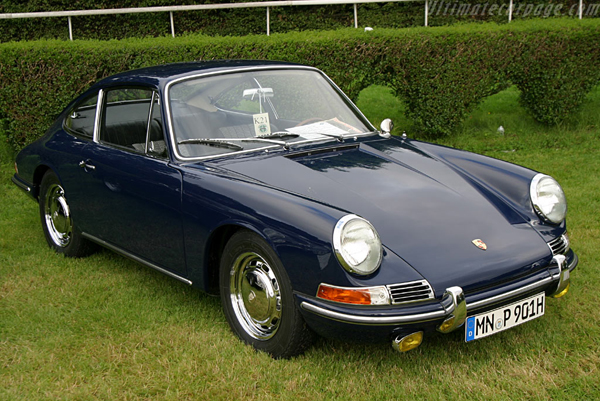 Interestingly, the creators themselves hoped to keep the 911 model on the market for at least 15 years. But since the advent of the model more than 50 years have passedand is still extremely popular. Moreover, according to Forbes magazine, the Porsche 911 is one of the cars that managed to change the world. Subsequently, the company created many more successful and very successful models, but not one of them has yet been able to repeat the success of the 911. But in general, it should be noted that over the years of its existence, the company has presented many very interesting models, for a detailed description of which a separate book is needed.

The beginning of the 21st century was marked by the start of work in new directions. The company began to produce not only classic sports cars, the principle of which was laid back in 1948, after the appearance of the 356 model, but also fundamentally new solutions. Such as the Porsche Cayenne sports crossover and the Porsche Panamera five-door sports car.

Since 2012, the Porsche brand has been wholly owned by the German automaker Volkswagen, whose appearance once also became possible thanks to the genius of Ferdinand Porsche. The deal was valued at just under 4.5 billion euros. Interestingly, initially it was Porsche who wanted to absorb Volkswagen. But it was not possible to do this, the company simply did not calculate its strength, as a result of which its financial position suffered.

On Porsche vehicles, the ignition key is on the left. This was originally done for the 24 Hours of Le Mans. Thus, the rider could start the car even before he was fully seated in the seat and buckled up. Thanks to this, it was possible to win a few precious seconds.

Porsche has historically been engaged not only in the creation of cars, but also offered the services of its constructors and designers to other manufacturers. Quite famous is the fact that they took part in the creation of the VAZ 2108.