Wells Fargo is one of the largest banks in the US. It provides financial and insurance services in America, as well as in Canada and Puerto Rico. Today, Wells Fargo has over 6,000 branches. The number of its contributors exceeds 23 million.

The bank was formed relatively recently - in 1998 - as a result of the merger of the Californian company Wells Fargo & Co. and a Minneapolis company called Norwest. The bank inherited its name and symbol from the most famous parent company.

In 2008, Wells Fargo acquired Wachovia, making it the largest mortgage lender in the country. The transaction price was $12.7 billion. 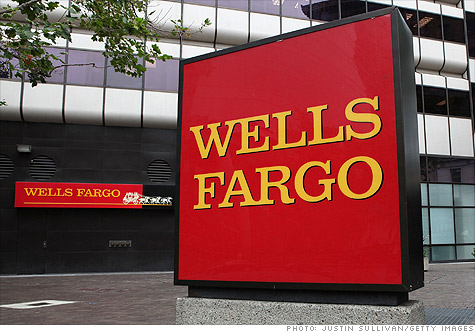 Today, the bank provides financial and insurance services of almost any nature. Thanks to the constant expansion of their range, he manages to satisfy the needs of his customers as much as possible. Notably, Wells Fargo was one of the first banks in the world to allow its depositors to manage their accounts online back in 1995.

The central office of the bank is located in San Francisco. Well, its largest shareholder is an American entrepreneur and the second largest US resident Warren Buffett, who controls about 6.5 % shares of Wells Fargo.