A clothing brand produced by Italian designer Giuseppe Codamo. Under this brand, T-shirts are produced, the hallmark of which is a provocative or simply playful inscription on the chest - usually black on white T-shirts or white on black ones; other colors were not envisaged at first, the gamut was expanded later.

This brand is very young (however, like its creator, who was born in 1979) - T-shirts A Fault appeared in 2005. The first creation was a T-shirt with the inscription "I love Karl". This meant Karl Lagerfeld, a famous German designer who worked in a fashion house. Chanel. The inscription included the logo of the house, so that it was clearer what kind of Carl he was talking about. Apparently, this was supposed to show that without a well-known designer, the brand is not worth much. 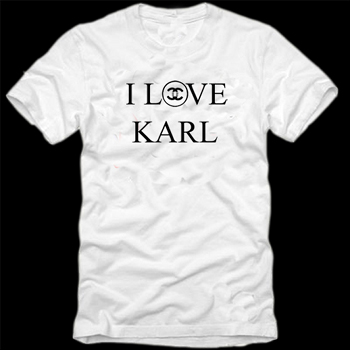 And it seems that the reference to a well-known brand helped, T-shirts with such inscriptions quickly became famous and popular. Giuseppe understood in which direction he should move on.

"A Fault", translated from English, means "error, defect, shortcoming". Apparently, in this way the designer wanted to once again emphasize the fact that the brand is positioned as “provocative”, designed for young people who want to stand out from the crowd. However, by our standards, this is not serious, the inscription on the T-shirt "Cops are goats" is much more provocative than an innocent pun like "Demy - Moore sexy". But even in nonconformism, a certain line must be observed.