It has been several years since the HP Labs proved to the world the possibility of the existence of the so-called memristors - elements in microelectronics that can change their resistance, which can be used as a memory cell ...

And although the theoretical description of the memristor was made back in 1971 by Professor Leon Chua, it took more than one decade until the first laboratory sample was created. However, from the creation of the first element, to the construction of memory modules that will be reliable enough, as well as simple and inexpensive to manufacture, the path is not easy and not short. Even for such a giant as HP. And now, it became known that the company entered into an agreement with the corporation Hynix Semiconductor, known to the average consumer for its memory modules. Together they will create resistive random access memory - ReRAM (Resistive Random Access Memory). 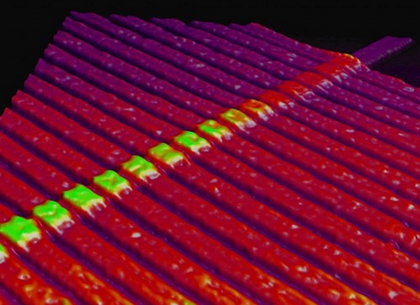 Theoretically, a new type of memory should be much faster and more reliable than existing analogs. But there is still work to be done - according to the most optimistic forecasts, the appearance of commercially suitable memory modules based on the new technology should be expected no earlier than 2013.

The developers have no doubts about the success of their mission. Stan Williams, Senior Fellow HP, has already called this development one of the most important.