The famous automobile brand Land Rover, specializing in off-road vehicles, was born in 1947. Defender, Freelander, Discovery, Range Rover became well-known models of the brand at different times.
The creators of the car were the Wilks brothers Maurice and Spencer Wilks, who worked at Rover. The inspiration for Maurice Wilks, who served as chief designer, was the Willys SUV, which he used for agricultural work on his farm.

The car began to be produced at a factory that previously produced military equipment, it was one of the first civilian cars produced by British industry. Aluminum alloy was used in its creation, due to the shortage of steel in the post-war period. The car was distinguished because of this lightness and resistance to rust. The brand's first cars cost £450. The brand quickly became popular and took a major share in the Rover range. 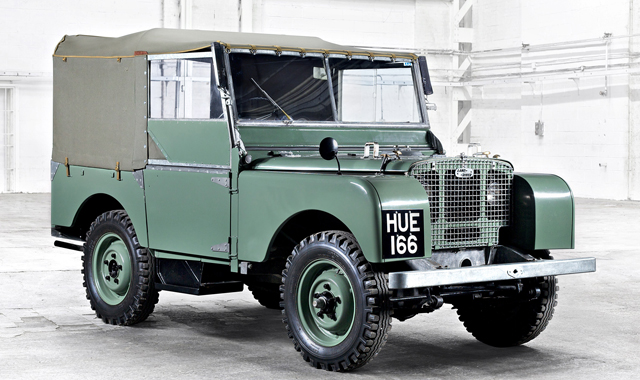 As a separate company, Land Rover has been leading its history since 1978 - due to the increasing popularity of the car, the owner of the brand, the British company British Leyland, which had previously absorbed Rover, allocates it to an independent business. After the bankruptcy of British Leyland, the British manufacturer British Aerospace becomes the owner of the company. In 1994, BMW buys the brand.

Today, Land Rover vehicles are produced by Jaguar Land Rover, which is owned by India's Tata Motors. In 2008, this corporation bought two famous British brands from Ford and merged them into one company.