Every world-famous brand has a long path of victories and defeats, along which it has come to its popularity. At the same time, many companies started with something completely different from what they eventually became famous for. And one clear example of this is LG. Today it is a world-famous manufacturer of household appliances, but once it all started as a small company producing dentifrice powder.

LG's history dates back to the 1940s, when a young entrepreneur named Koo In-Hwoi took over the production and marketing of this new Korean dentifrice. At that time, most Koreans used the most common salt for brushing their teeth, and therefore the new product was received with friendly interest.

The pace of sales grew, and Ku Ying Hoi decided to expand his production. 1947 was the founding year of Lak Hui Chemical Industrie, which, in addition to tooth powder, also began to manufacture face cream, toothpaste and various household chemical products. Due to the low price and sufficiently high quality, the volume of manufactured products increased rapidly, and the company began to force out all its competitors from the Korean market one by one.

Ku In Hoi did not stand aside from progress, and therefore in 1953 he was one of the first in Korea to decide to move away from the usual glass and porcelain packaging for cosmetics and began to use plastic. Thus, reducing the cost of production, he made it even more accessible to ordinary people. The range of goods expanded, and Lak Chemicals soon became one of the largest companies in Korea.

Lak Hui Chemical Industries worked steadily and successfully, and therefore, Ku Ying Hoi had the time and opportunity to try his hand at other business areas as well.

And one of these areas was the production of radios under the GoldStar brand (a subsidiary founded in 1958, specifically for the production of electronics and household appliances). As in the case of the production of tooth powder, the businessman calculated everything to the smallest detail. The fact is that even during the Second World War, the vast majority of the inhabitants of Korea had their radios confiscated. As a result, the population of Korea felt the need for high-quality communication with the outside world, and Ku In Hoi decided to satisfy this need.

The first radio made in Korea saw the world in November 1959. You can't even talk about his success. Radio models such as the Goldstar A-501 and T-701 could be found in every Korean family within a short period of time after the start of sales. The talented entrepreneur felt confident in his abilities and boldly moved on. And it must be said that his willingness to conquer new heights coincided with favorable changes in the country, which affected both politics and the economy.

In 1961, power in Korea passed to General Park Chung-hee, who chose as his main goal the transformation of an agrarian and declining country into a strong industrial power. He wanted to bring Korea to the world market at any cost. And Park Chung Hee's first step was to provide some large domestic entrepreneurs with unlimited credit and full access to public investment. Ku Ying Hoi was also included in the list of these entrepreneurs.

The new status and new financial opportunities allowed the smart businessman to realize all his ideas, which until then were just waiting for the right moment. Just a couple of years was enough for him to launch a wide production of telephones and refrigerators, washing machines and fans, televisions and elevators.

Ku Ying Hoi did not refuse any direction that seemed to him at least somewhat promising. So, for example, in 1967, with the participation of the company, an oil refinery was opened, one of the tasks of which soon became the production of plastics.

Who knows what other peaks this brave entrepreneur would have conquered if in 1969 he had not been overtaken by a sudden death.

The question arose about choosing a successor to the post of president of Lak Chemicals. He decided for a long time and led to an almost complete split among the members of the company's board. The fact is that the only son of Ku Ying Hoi had nothing to do with his father's business. At 45, he was a modest schoolteacher and had no experience in managerial affairs. However, along with the ownership rights, the management of the company also passed to him. 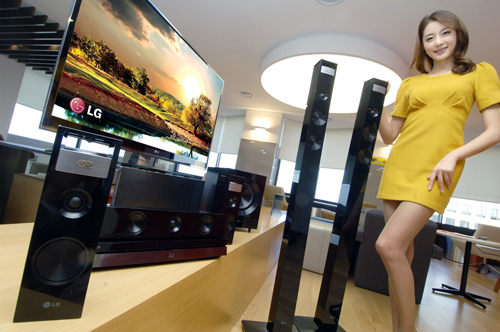 Lak Chemicals froze on the brink of a crisis, but the expected collapse never happened. Ku Cha Kyung not only continued the work of Ku In Hoi, but also successfully brought it to a new level.

During the 1970s, the world saw the first Korean cassette recorder, as well as the first color television, released under the GoldStar brand. The company has signed partnerships with AT&T, Siemens, Nippon Electric Corporation, and Hitachi, and has generated sales in excess of $100 million a year. In 1974, Lak Hui Chemical Industries was renamed to Lucky Group or LG, and with the new name I entered the global market. In a matter of years, the company has successfully competed with the world's leading electronics manufacturers.

As for the GoldStar division, it existed under that name until 1995, after which it was renamed LG Electronics.

Today LG Group is a transnational corporation with factories and subsidiaries around the world. Its headquarters is located in Seoul. The corporation includes 72 divisions and more than 56 thousand employees. LG steadily continues to be a leader in many industries. It owns many research, service and marketing centers. Therefore, one can only guess what novelties it will present to us in the future.