Subdivision Chrysler Group LLCengaged in the production of spare parts for all brands of cars that are produced by concerns - Jeep, Dodge, Chrysler, Plymouth, Imperial and others. Mopar is the only authorized manufacturer of original spare parts for these vehicles. Only these parts are covered by the manufacturer's warranty. Chrysler. That is, the consumer can be absolutely sure of their compatibility with his car. 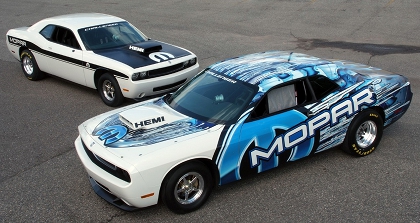 The name of the division comes from MOtor PARts ("engine parts"). This term was used Chrysler since the 20s of the last century, the division itself was founded later.

In addition to the production of spare parts, Mopar also deals with car tuning Chrysler, being for the concern approximately the same as Brabus for Mercedes.