The company's series of racing simulators Electronic Arts. The games of this series have always been very popular, having gained many ardent fans around the world.

NFS belongs to the class of so-called arcade racing, when more attention is paid to special effects, graphics and storyline, rather than the realism of driving a racing car (the antipode of NFS sometimes referred to as a series Colin McRae Rally from Codemasters, where the graphics are not as beautiful, but the realism is exceptionally high). The gameplay is made more interesting by various options for racing (elimination, time trial, street racing - street racing), as well as the presence of the police (not in all games in the series), when you need to either pursue violators yourself or avoid prosecution. The car can be improved and tuned - even early versions of games, starting from NFS 2, allowed to change at least the color of the selected car. Starting from the fourth version (High Stakes), a new system was introduced, when for each race won the driver received a certain amount of money, for which all improvements were made or a car of a higher class was purchased. At the same time, the car park of absolutely all versions is extremely diverse. 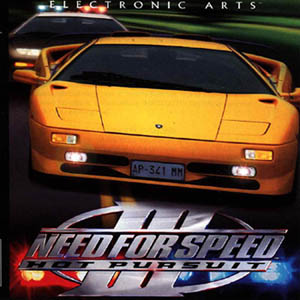 The most popular version was and, perhaps, still remains Need for Speed III: Hot Pursuit. The most non-standard, out of the general concept - Porsche Unleashedwhen the car park was represented exclusively by cars Porsche different years of release. To date, there are already more than two dozen different versions. NFS.

Historically, games in the series have been released for both PC and game consoles (starting from the fifth generation). To date, their release is handled by the division Electronic Arts Blackbox.