Making the world prefer crystal and forget about diamonds is not so easy. But the history of the Swarovski brand proves that even this is possible. Daniel Swarovski brought glass jewelry to the world and in doing so set a whole new set of rules in this game of image. And all thanks because he was not afraid of the introduction of new technologies, did not disclose the secrets of production and sensitively read the needs of modern society. The Swarovski business has been in the hands of the same family for more than a hundred years. His traditions are honored, and all the forces of the Swarovski family are dedicated to the development and improvement of the family business.

The story began on October 24, 1862, when Daniel Swarovski, the future founder of big business, was born in Georgenthal, a small village in the mountains of Austria. The very place of his birth contributed to his subsequent choice of his profession. The fact is that this territory of the Austro-Hungarian Empire has long been famous for its experienced glassblowers and glass grinders. Yes, and Daniel's father himself made a living by making glass jewelry and polishing crystal. This occupation did not bring him much money, but, nevertheless, the modest savings of the Swarovski family were enough to send Daniel to study as an engineer in Paris.

It was there that the young man witnessed the rapidly spreading fashion for artificial diamonds. They looked real, but were accessible to a much wider audience. At that time, grinding glass and crystal was exclusively manual labor, and therefore took a lot of time. That is why, having once got to the World Electrical Exhibition and got acquainted with the work of the first electrical mechanisms, the young Swarovski decides to create a machine that would allow grinding artificial stones as quickly and efficiently as possible.

It takes nine long years to develop a grinding machine and obtain a corresponding patent, but by the end of that time, Daniel Swarovski feels fully equipped to start his own production of artificial diamonds. 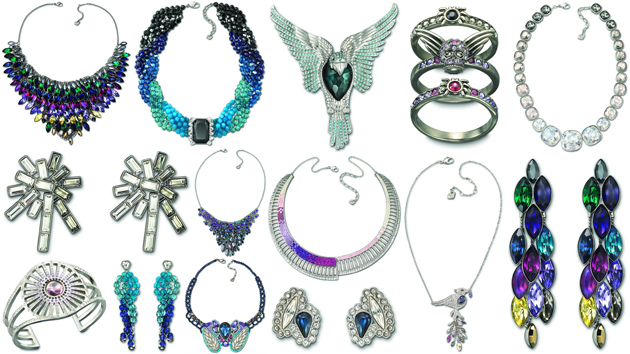 Hoping to escape from competitors, Daniel returns to his homeland and settles near the city of Innsbruck. It was there, in the Tyrolean mountains on the outskirts of the village of Wattens, that he chose an old factory for himself, which, in his opinion, is excellent for the production of crystal stones. In addition, grinding machines required electricity, and it was just possible to get it from a hydroelectric power station located nearby. By the way, true to tradition, the Swarovski company continues to provide itself with its own electricity to this day.

Daniel took over almost the entire production process. He himself designed jewelry, himself calculated the proportions of various components to create crystal. His goal was to create stones so strong that they would not be afraid of mechanical cutting. And, in the end, he succeeded. The first Swarovski crystal "diamond" saw the world in 1895, and from that moment a completely new fashion swept the world.

Daniel Swarovski for little money gave people what they wanted most in the world - status, luxury and prestige. His crystals became so popular in a matter of days that they made even the aristocratic society forget about diamonds. Costume jewelry was no longer considered a sign of bad taste and a thin wallet, and the jewelry he created was not shameful to wear even at the royal courts of Europe.

Swarovski jewelry sold out in Paris and St. Petersburg. They decorated the clothes of their fashion houses Coco Chanel and Elsa Schiaparelli. Swarovski crystals were adored by Marilyn Monroe and Marlene Dietrich. By the way, to this day, the most fashionable couturiers - Christian Dior, Yves Saint Laurent, Vivienne Westwood and Christian Lacroix - strive to decorate their clothes with crystal "diamonds". 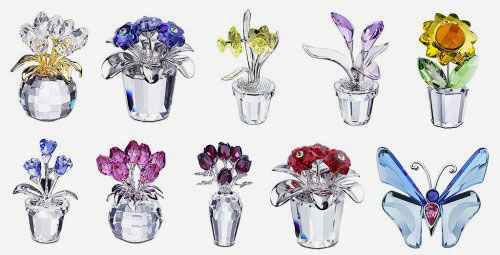 Daniel Swarovski immediately had many imitators, but none of them managed to create such transparent and durable rhinestones as the talented Austrian. The Swarovski company keeps the technology for the production of its jewelry a secret to this day.

By the way, the founder of the company was not slow to involve his three sons – Wilhelm, Friedrich and Alfred – in his favorite business. Together, they were able to go far beyond the production of crystals alone. So, in the late 1910s, the Tyrolit company was created, the purpose of which was the production of grinding and sawing tools, and in 1937, the Swareflex company, which produces reflectors for roads, as well as reflective transitions and panels on tracks. In 1948, Wilhelm Swarovski applied the family crystal to optics and created the Swarovski Optik, which to this day remains the undisputed leader in the market for such products.

1956 was a tragic year for the family of the great Austrian - at the age of 94, the founder of the family business, Daniel Swarovski, passes away. In connection with his death, companies predicted an imminent decline and ruin. But that did not happen. In response to all the disappointing forecasts, Daniel's grandson - Manfred Swarovski - introduces to the world a new technology that allows you to make crystal stones that shimmer in all the colors of the rainbow. Bright pebbles have breathed new life into the world of crystals, and fashionistas all over the world are rushing to stores with renewed vigor to buy amazing jewelry. Swarovski, meanwhile, continues to try itself in new directions, releasing crystal chandeliers and tableware. Collectible crystal figurines are also beginning to be created under the Sylver Crystal brand. 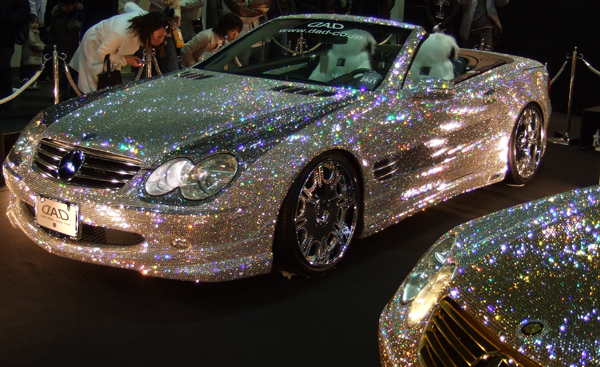 Today, Swarovski is owned by Daniel's great-great-granddaughter, Nadia Swarovski. And just like her great-great-grandfather, she strives to create high-quality jewelry that is accessible to the masses. Swarovski currently has 75 factories and nearly 10,000 workers and boasts 19 subsidiaries in over 30 countries. And yet the company's headquarters are still located in the unremarkable Austrian town of Wattens.

The Swarovski family continues to carefully hide their secrets. After the release of each new collection, not only the relevant documentation is destroyed, but also the tools with which the crystal jewelry was made. Perhaps, such a precaution will seem excessive to someone. But, one way or another, the fact itself is obvious - today Swarovski releases 80% of all costume jewelry that is created in the world. And it doesn't look like things will change any time soon.