An Austrian lingerie manufacturer that has been in business since 1949, when the company was founded by entrepreneur Reinhold Wolff and retailer Walter Palmers. Wolf & Co. KG. It was in the Austrian city of Bregenz. The company was engaged in the production of nylon stockings, which were in short supply in Europe not yet fully recovered from the war.

The brand is born in 1950 Wolford. According to some sources, Wolf combined his surname with the common American one, Ford. It is believed that this was done to "Americanize" the name, since in those years everything American was in vogue. In the future, when the company's products enter the world market, this brand turns into a name - Wolford AG. And it turns out to break into the world arena quite quickly - the founders relied not only on quality, but also on fashion. All sorts of technologies were not forgotten either: initially, nylon, which was not very common at that time, was used, in 1952 the first seamless sock was released, and in 1967, the first tights that did not need to be attached to a special belt. Constant experiments with new materials and following the canons of fashion did their job - in 1971, the first foreign representative office was opened in Switzerland, neighboring Austria. Wolford. Then follows Germany, France, Great Britain and many other countries of the world. 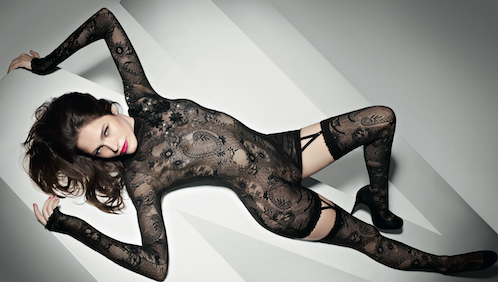 1984 was marked by the appearance of products for men. However, to this day Wolford remains a women's brand.

became famous Wolford and thanks to advertising, which, due to the specifics of the products, sometimes bordered on frank erotica. It has been used by many celebrities. There were cases when the authorities of some cities were forced to remove advertising posters so that they would not distract motorists.

Headquarters Wolford still located in Bregenz. But this is no longer the tiny building several tens of meters long, from which it all began. The area of the new building is estimated at tens of thousands of square meters.