This, one of the most famous magazines about computer technology, began its activity in January 1982. That is, just at the time when computers have already become quite popular and in demand among home users. The computer industry developed rapidly, the number of readers grew, and a year later the thickness of the PC was 400 pages (some issues - 600 or more). He went out once every two weeks.

Until 1986, the magazine was called simply RS. It was published by entrepreneur David Bunnell, who would later become the founder of publications such as PC World и macworld. He stood at the origins Macworld Expo.

Further PC Magazine goes to publisher Ziff-Davis Publishing Holdings Inc. It began to be published not only in English, but also in many other languages. 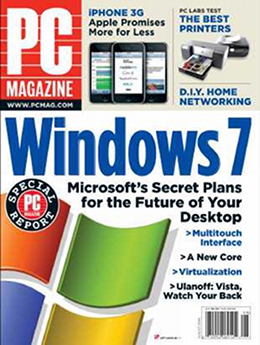 In 1994, the first online version of the magazine appeared. By that time, the number of pages in it began to gradually decrease: by the end of the 90s there were already about 200 of them, and recently even 150. Starting from 2010 PC Magazine It is published monthly, exclusively in digital form and distributed by subscription via the Internet.

PC Magazine historically considered authoritative and respected. The information that was published on its pages has always been credible. But it was not without accusations. For example, in 1990, the magazine was accused of bias when articles about the OS / 2 operating system began to gradually disappear from it, but there were many laudatory reviews about Windows 3.0, which then just appeared.