Brand Xbox born from the desire of the omnipresent Microsoft enter the booming gaming console market. In those years, the ball was undividedly ruled in this market. Sony with game console PlayStation 2. The very idea of competing with her seemed ridiculous. But Microsoft wouldn't be where it is today if it wasn't for its ability to solve complex problems.

The sixth generation console is born Xbox (November 15, 2001). Pretty good device, however, failed to have a really serious impact on the gaming market. However, even then it became clear that a new serious player had appeared.

At its core, Xbox not much different from conventional IBM-compatible personal computers. It was built on the basis of the Pentium III processor and for the first time in the history of game consoles, equipped with a hard drive. A specially adapted Windows 2000 was used as the operating system (however, “in the world” it is known as Xbox OS).

The game console was released until November 22, 2005, after which it was replaced by the seventh generation console Xbox 360. The novelty is already built using the architecture PowerPC.

On the issue of choosing a name for the second version of the console Microsoft handled it with care. Just call her Xbox 2 did not want because of associations with Play Station 2. Yes, and I wanted to come up with something more original. The result was the emergence Xbox 360. 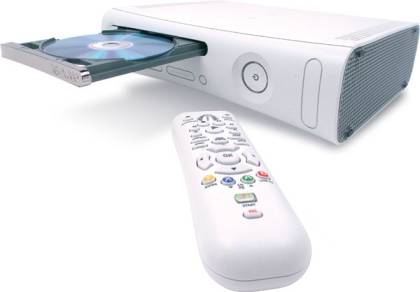 The corporation was in a hurry, wanting to present the device earlier than competitors do. And she succeeded. Xbox 360 appeared a year earlier than Sony PlayStation 3 (PS3) and Nintendo Wii. This made it possible to write a sufficient number of games for the console, while competitors would only present their devices. After all, as you know in the world of gaming consoles, the number of good games often decides everything.

As a result Xbox 360 came out frankly raw. The cooling system turned out to be too noisy and unreliable. Marriage among the first set-top boxes launched on the market, according to the most Microsoft, reached 30%! According to many analysts, this figure was much higher. There were also many errors in the software for which the corporation issued permanent patches, by installing which, the user never knew how it would end - the elimination of a particular error or the "red ring of death" (so Xbox 360 responds to serious problems - a red indicator ring lights up around the power button). Also, the set-top box lacked an HDMI port.

To my credit Microsoft It should be noted that the corporation rather quickly introduced an updated version of the set-top box, equipped with an HDMI port and devoid of most software flaws. True, the cooling system remained quite noisy. The scrap rate has also been reduced to 10-14%. Gradually managed to achieve a decrease in these figures.

Cost price Xbox 360 was too high. In order not to scare off buyers, Microsoft I sold it at a reduced price, at a loss, hoping to later earn money by selling games and accessories. Constantly there was work on reducing the cost of the device. As a result, at the very beginning of 2008, the unprofitable division Xbox Entertainment and Devices Division achieved the same first profit of half a million dollars. The policy turned out to be correct - sales Xbox 360 have become more active thanks to the emergence of many games-masterpieces that are absent for other consoles (for example, Halo 3).

To date Xbox 360 is the second most popular in the world of consoles, behind the simple but original Wii, but overtaking the "fancy", but too expensive PS3.

The end of 2010 was marked by the appearance of Kinect - a system that allows you to control the set-top box using gestures. This resulted in an additional increase in popularity Xbox 360; there was an opportunity to become an absolute leader.