A good logo is often not only well remembered, but also carries an additional hidden meaning.

The logo of the famous Toblerone chocolate recalls the place of its origin. And it happened not far from the Matterhorn, near the Swiss city of Bern in 1908. The logo that appeared in 2000 not only represents the mountain itself, but also the symbol of Bern - a bear “hiding” against the background of the image of the mountain. 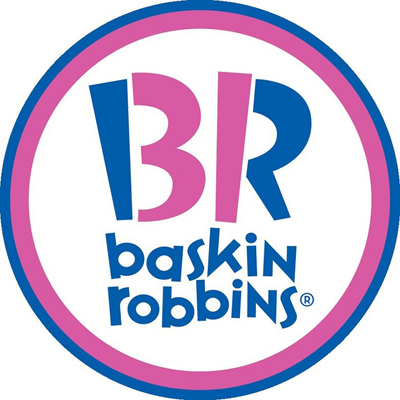 In the Baskin Robbins logo, upon closer inspection, you can see the number 31 in pink. It was added during a logo change in 1953, which took place with the participation of the Carson / Roberts agency. 31 is the number of days in a month and its presence on the logo indicates that Baskin Robbins sells so many types of ice cream that you can buy a new variety every day.

The logo for VAIO (Visual Audio Intelligent Organizer), a brand owned by Sony, was created by designer Timothy Hanley. At first glance, it looks very simple, but then you can see that the letters "VA" represent an analog wave, and the letters "I" and "O" look like the numbers "1" and "0", reminiscent of binary code.

The Amazon logo was created in 2000 by Turner Duckworth. Its "highlight" was an arrow pointing from the letter "A" to the letter "Z", respectively, from the first to the last letter of the English alphabet. This detail is a reminder that Amazon is a kind of one-stop-shop where you can buy everything from A to Z. In addition, the arrow resembles a smile and looks very advantageous and recognizable on the mailboxes that customers receive.

The NBC (National Broadcasting Company) logo was created in 1956 by designer John J. Graham. He was supposed to emphasize the fact that the company provides color television. In 1985, the logo was updated with the participation of Chermayeff & Geismar. The peacock is now clearly visible in it, looking to the right, which symbolizes pride in the work done by the company. And his six multi-colored feathers speak of different departments of the corporation that work as a whole.

The updated Unilever logo was designed in 2004 by creative agency Wolff Olin. It represents the name of the company, written in cursive at the bottom of a large "U". The letter itself, if you look closely, is composed of 25 smaller images. Each of the small icons represents a different company from those that make up Unilever.

In 2009, the Gillette logo was slightly modified. The letters "G" and "i" received both lines, which, with their slope, look like a razor cut. Since Gillette is in the business of shaving products, the association is quite transparent.

The name LG originally referred to Lucky Goldstar, and today most users associate it with the slogan Life's Good. And the letters "L" and "G", if you look closely at the logo, form a smiling face. The “smiley face” on the logo is designed to show reliability and pleasant emotions from the brand.

Cisco was founded in 1984 in San Francisco, even the name of the company is part of the name of the city. It is also impossible not to notice that the blue stripes above the name in the logo, created in 2006, are very similar to the famous local landmark - the Golden Gate Bridge.

The FedEx logo is another example of the effective use of negative space. The bright and active typography is complemented by an interesting effect - between the letters "E" and "x" you can see an arrow pointing from left to right. The arrow symbolizes movement, speed and tells customers about fast delivery and dynamics in the development of the company.