became famous Digital Playground and as the first studio to shoot its films in HD quality since 2004. The film was the first Island Fever 3. 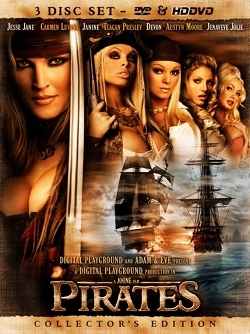 The company was the first to present an "adult" film, shot not just "based on real events", but with a thoughtful and unusual plot - so in 2005 appeared Pirates, which to this day are considered an unsurpassed masterpiece of pornographic classics.

The studio is also famous for how quickly it makes decisions regarding support for the latest multimedia formats. Once she was one of the first to support DVD, then came the turn of the BluRay format. And in June 2010 Digital Playground went to camp supporters of HTML 5, thereby joining the camp of opponents of the obviously outdated Flash technology, the “war” with which the company started Apple.