Even though in 2006 Sony introduced a new generation of game console - PlayStation 3, its predecessor and does not think to give up ground. Moreover, the PlayStation 2 even manages to set records that are not even close to its "big sister".

The PlayStation 2 was introduced to the public in 2000 and from the very first days became a real bestseller. At that time, it was a real masterpiece of engineering. The console was head and shoulders above the solutions of competitors. At the same time, its cost was quite democratic, which once again affected the level of sales. For example, it is known that many consumers purchased the PS2 as an inexpensive DVD player (that is, the main functionality of the set-top box, in this case, acted as a nice bonus). A redesign of the device in 2004 also added to its popularity. 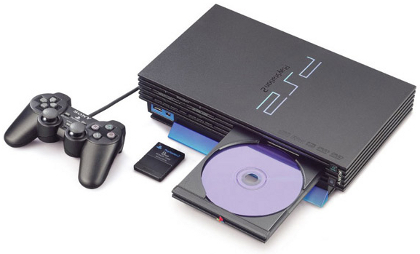 But the PS3 failed to repeat such success. Sony it took a lot of time to be able to provide more or less sufficient popularity for his new offspring. Which is still inferior to its competitors - Wii и Xbox 360.

At the same time, PS2 sales did not stop. The cost of the console is extremely low, while hundreds of interesting games have been created for it. Moreover, games continue to be created to this day. After all, the cost of writing them for the console of the previous generation is low, while the creators have the opportunity to provide a completely acceptable level of graphics.

And now, it became known that PS2 set a record - sales of the console, in the entire history of its existence, amounted to 150 million units. Few devices have been able to achieve such performance. In 2010, sales of the PS2 were reported to not only match, but even surpass those of the PlayStation Portable.