Summing up the results of 2012, it is worth noting not only the achievements, but also the failures that inevitably happen even for the most famous brands. Which was done by the AdWeek publishing house. 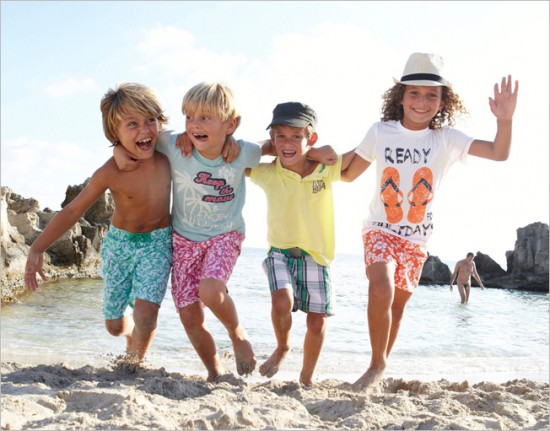 1. French fashion chain La Redoute takes the first place. The photo of four kids frolicking on the beach was posted on the company's website and catalog - except that no one noticed one small detail in the picture. In the lower right corner of the photo, suddenly, like Aphrodite from the foam of the sea, a completely naked man emerges from the water. 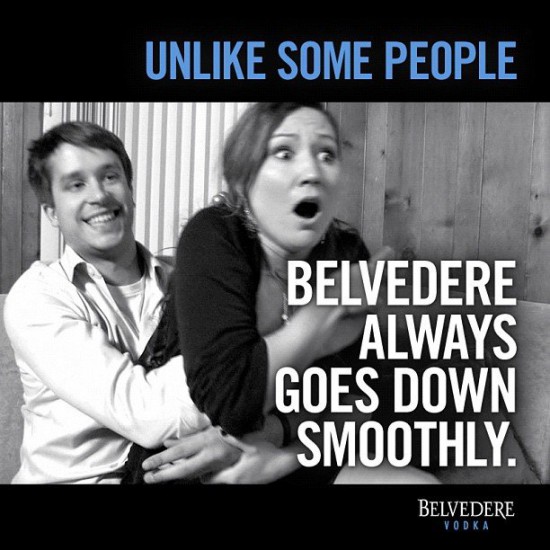 2. A wave of negative responses was caused by an advertisement for Belvedere vodka, posted in March on the brand's Facebook page. The slogan in the picture reads: "Unlike some people, Belvedere always goes down smoothly" - "Unlike some people, Belvedere always goes down smoothly." After a flurry of accusations of promoting sexual violence, the ads disappeared, and the company's management had to repeatedly apologize and even, in an attempt to make up for the impression, donate significant amounts to an organization fighting sexual violence. Looks like someone in the advertising department had to end up going downstairs. 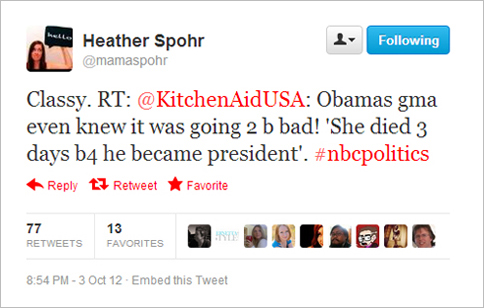 3. KitchenAid, a company that manufactures kitchen equipment, had to answer for the stupidity of one of its employees. From the brand account in Twitter a remark was made about the participation of Barack Obama in the presidential election. Most likely, when a company employee wrote “Obama’s grandmother knew that everything would go badly, because she died three days before he became president,” he thought that he was writing under with your own login. The company assured that this employee would no longer write on behalf of the brand. 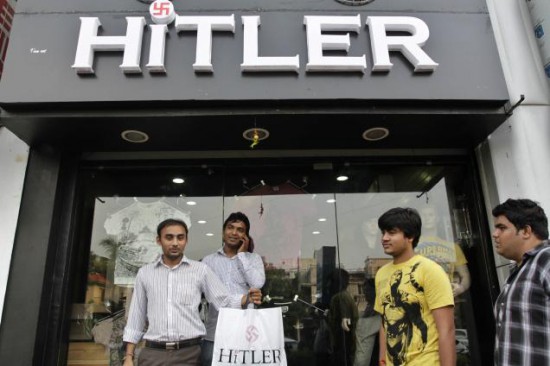 4. The owner of a clothing store in India decided to come up with an unusual name for his business and made a very strange choice - he named the store Hitler, in addition, decorating the interior with swastikas. The name has already been changed to another, and the owner is justified by the fact that he simply did not know who Hitler actually was and what he did. Let's rejoice for the uneducated clothing seller, because he could accidentally call the beautiful name Hitler not a store, but, for example, his own son.

5. Popular actor Ashton Kutcher took a risky step in advertising Popchips chips. One of the characters in which he reincarnated in commercials was the Bollywood producer Rush. The line between funny and offensive can be so thin, especially when it comes to modern America. This time, political correctness won - the videos were taken off the air after accusations of racism. 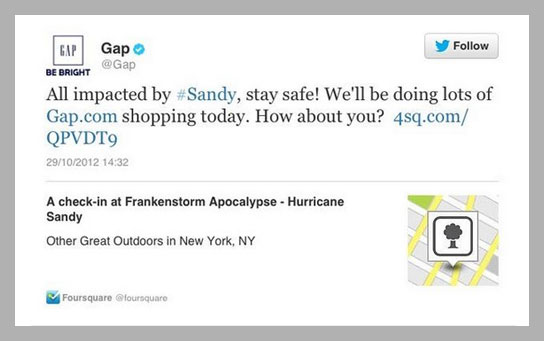 6. On October 30, when all the news feeds were filled with news of the devastation caused by Hurricane Sandy, Gap company Posted something inappropriate on Twitter. Victims of the elements were asked to hold on, as well as to look in between times for shopping at the Gap. 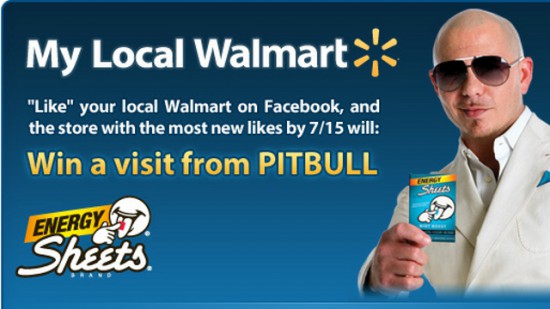 7. Promotion walmart on Facebook led to unexpected consequences. It was assumed that the Wallmart store, which will gain the most “likes” on the social network, will receive a prize - famous American rapper Pitbull will visit it. And so it happened, only Internet jokers are on the alert - the musician will have to go to Alaska, because promises must be kept. 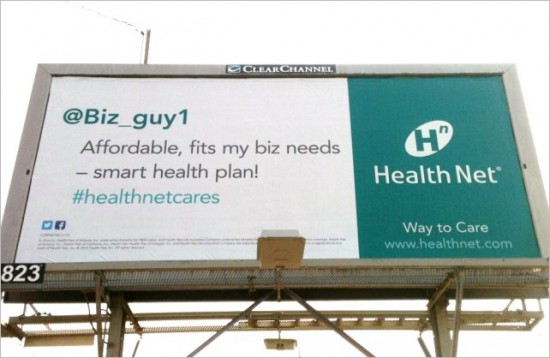 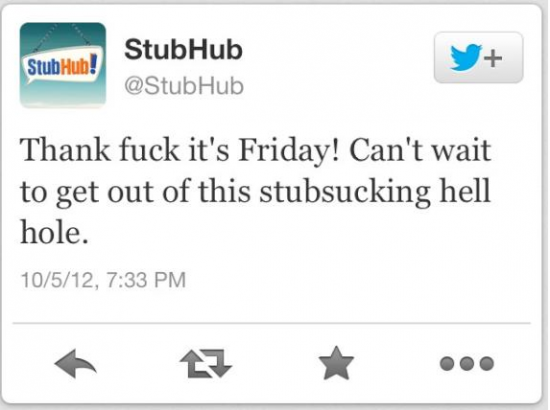 9. An employee of StubHub mixed up, as often happens, accounts and, too happy about the onset of Friday, sent a message on Twitter on behalf of the brand, at the same time scolding this same brand. 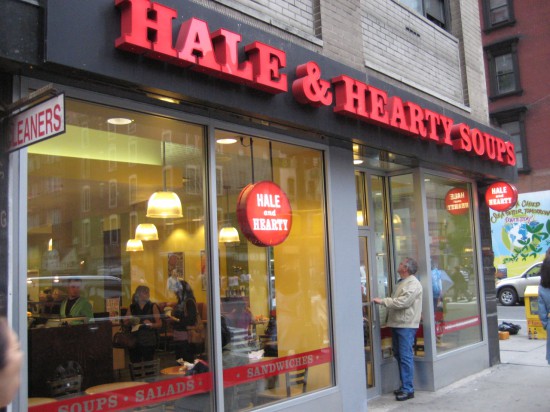 10. Diner chain Hale and Hearty got into a bad rating through no fault of their own. The fact is that in the mailing list inviting customers to the opening of a new institution, there was a postscript of indecent content. Probably, the company's mail was hacked and unknown "jokers" added a few lines to the standard invitation, promising that a certain Mary, named in the letter with an obscene word, would serve each visitor. We hope no real Mary was harmed.

11. PETA has gone a little overboard on animal rights. In the commercial, a vegan guy becomes so sexually active that he drives women to exhaustion, leaving them powerless and bruised. Against the backdrop of the scale of domestic violence, the joke seemed unfunny and offensive to most viewers. 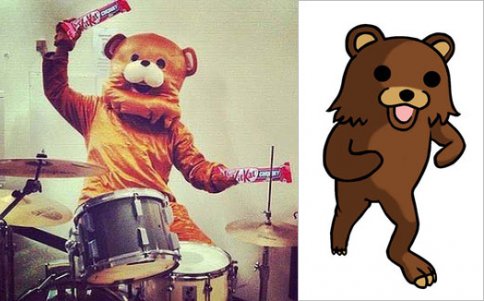 12. Nestle got into a mess by posting a photo of her new character on Instagram. The bear in the picture looked suspiciously like the Pedobear bear, an internet symbol of pedophilia. The company swears they've never heard of any Pedobears, but just in case, the bear has been fired as a symbol. 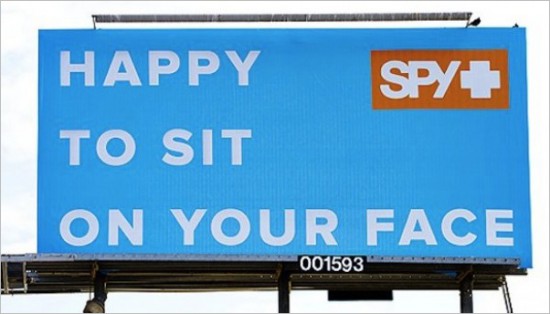 13. Spy sunglasses ads say they are “happy to sit on your face.” Potential buyers offered the brand to shove such advertising into their ... archive. 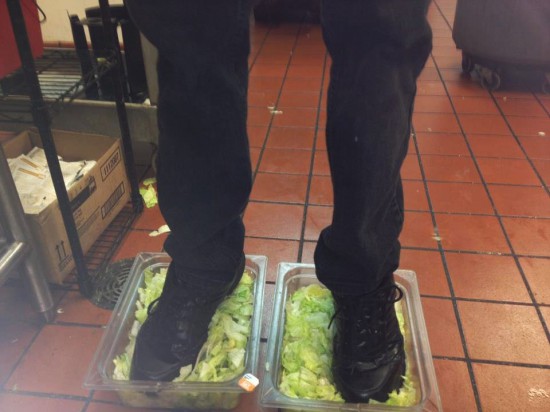 14. Burger King found itself in a difficult spot when a photo of a cafe employee standing on lettuce leaves went viral on the internet in July. The perpetrators were found, followed by a series of dismissals. 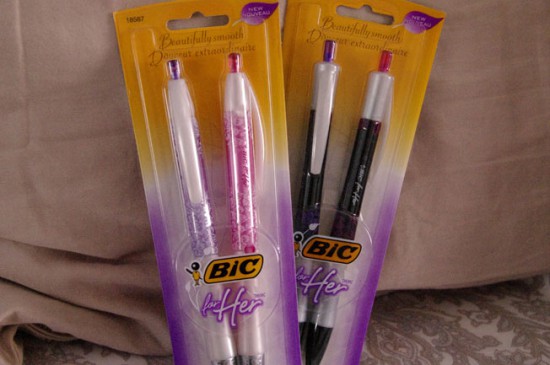 15. Amazing in its stupidity, the idea was implemented by the company Bic. Bic for Her are pens designed specifically for women. Women's lot is hard - it turns out that before that, all women had to use men's pens. 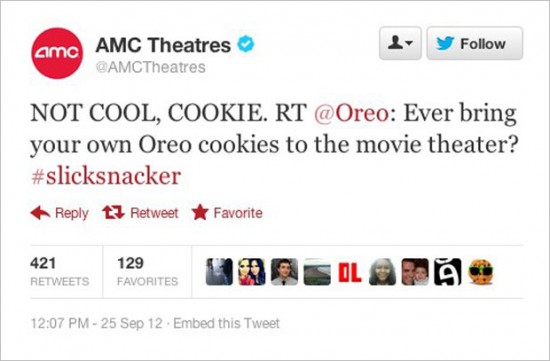 16. A spokesman for movie theater chain AMC Theaters earned the approval of hundreds of Twitter followers when he scolded the Oreo brand for asking “did you ever bring your Oreo to a movie theater?”

17. Manufacturer diapers Huggies made it to the failed list thanks to the "Dad test" ad. In it, the kids were left for five days with their dads, while the mothers left the house. Diapers were supposed to show their best side, but the audience reacted negatively to the advertisement, believing that most dads are still not such idiots that five days alone with their own father could be a test for a child. 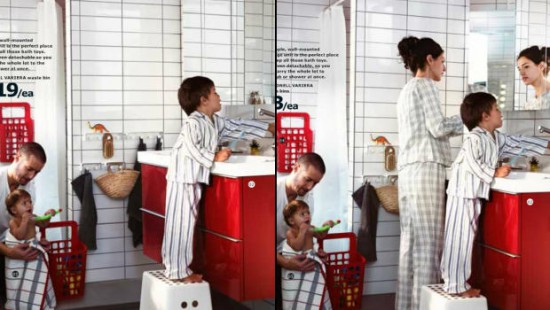 18. Ikea also had to apologize this year. The catalog, intended for buyers from Saudi Arabia, came out not quite in the usual way - all the women were removed from the photos using Photoshop. Apologies were made, but the exact reasons for this action are not yet known. 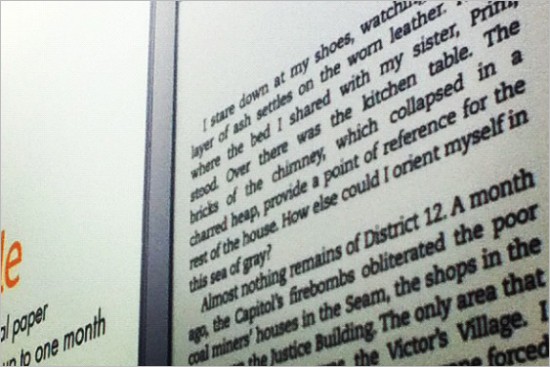 19. Amazon made an impressive blunder in its Kindle ad. The device featured on the poster was open to Suzanne Collins' Mockingjay, the final novel in the Hunger Games trilogy. And it was the page that was chosen for advertising that contained a spoiler that those who are just about to start reading the trilogy would not want to see at all. 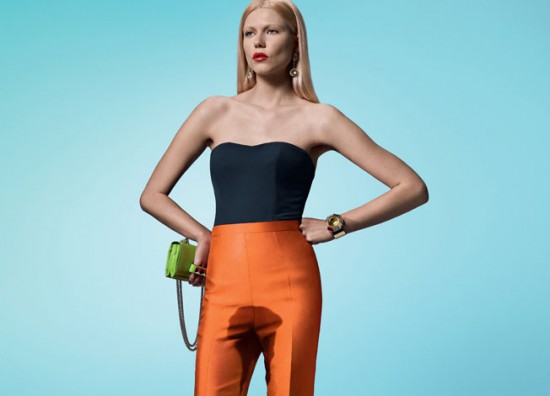 20. Fashion brand Harvey Nichols featured beautifully dressed but slightly pissed models in their ads. The slogan of the advertising campaign was the phrase: "Try to contain your excitement."