Once a very famous brand in the computer environment. This Canadian company became famous for its high-performance graphics cards, which were highly respected in the gaming environment. Video cards were produced under the brand Radeon, now owned by the company AMD. 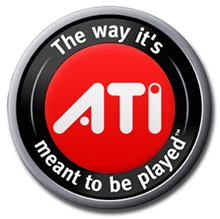 The company was founded on August 20, 1985, in the city of Markham, in the Canadian province of Ontario (Markham, Ontario, Canada). Then she was called Array Technology Inc. From the very first days of its existence, the company was engaged in graphic solutions that were used by many well-known computer manufacturers, such as IBM.

The founders of the company were three immigrants from Hong Kong - Lee Ka Lau (Lee Ka Lau), Benny Lau (Benny Lau) and Kwok Yen Ho (Kwok Yuen Ho). Initially unknown, entrepreneurial engineers are now considered among the most successful Canadian businessmen. But they founded the company due to the fact that no one hired them to work in their specialties. No one wanted to get involved with emigrants.

After a few months, the name of the company was slightly changed, becoming Array Technologies Inc. At the very end of 1985, it was reduced, turning it into the abbreviation ATI.

Initially, computer manufacturers were rather skeptical about the idea of specialized graphics solutions. However, on January 24, 1984, Macintosh, whose graphical interface has made a real revolution. This approach is now becoming the standard for the computer industry, graphics are becoming commonplace.

Founded ATI was on the savings of the creators. And there was a period when all their efforts almost went in vain. The number of employees then did not exceed a dozen, and products had to be ordered from manufacturers from California. But having survived the first unprofitable years, the company began to bring a stable profit, and its products became more and more popular. By the beginning of the 90s ATI was already firmly on her feet. Well-known product lines such as Much (2D accelerators) and Rage (3D accelerators). Many of the products of those years are now collectible items. By the end of the 20th century, the company became the largest manufacturer of graphics solutions in the world. 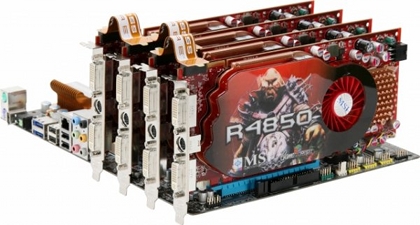 The year 2000 was marked by the appearance Radeon - a brand of high-performance graphics cards designed for the needs of gamers. The appearance of this line marked the beginning of a new era in history ATI, which has not managed to outlive its own brand. At the same time, a decision was made to introduce red color everywhere - it was present on the packaging of products, this is how the printed circuit boards of video cards were colored (not always, much depended on the manufacturers who used the chips ATI).

The beginning of the 21st century was marked by a surge in the tension of competition with NVIDIA, whose graphic solutions were not inferior (and often even surpassed) the creations ATI.

And in 2006, the unexpected happened - ATI was acquired by the processor manufacturer AMD (Advanced Micro Devices), which even then experienced not the best of times. The deal was valued at US$5.4 billion. It is believed that it was such a desperate step that helped AMD withstand. ATI became a division AMD Graphics Products Group.

At first, all products still flaunted the brand ATI Radeon. However, in 2010 it was decided to stop using the name of the acquired company. This is how video cards appeared on the market. AMD Radeon. Another legendary brand has sunk into oblivion.