The famous brand under which luxury clothing, accessories, and perfumes are produced. It belongs to the British company Burberry Group Plc.

The history of the brand began in 1856 with a small shop of Thomas Burberry, who set up the sale of manufactory in Hampshire. And it is possible that everything would have remained at the level of one store, if not for the invention made by the entrepreneur. Thanks to Burberry, the world learned about gabardine - the first waterproof fabric in history that can "breathe". Having patented the invention, the entrepreneur set up the production of clothes under his own brand. Thanks to the unique properties of the products, things went very well. In 1900, the first Burberry store opens in Paris. Other foreign cities followed.

Prior to the First World War, Burberry clothes were preferred mainly by the military. But then it became popular among civilians as well. This allowed the company to stand on its feet even more firmly. 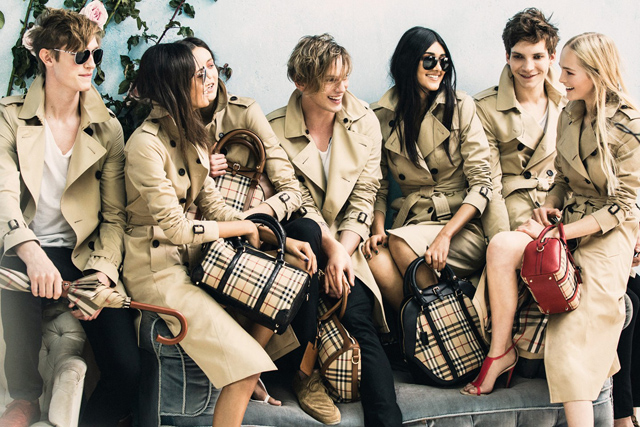 In 1924, the so-called. The “Burberry check”, which combines black, white, red and light yellow colors, eventually became not only a kind of symbol of the company, but also of an entire era. This is one of the most recognizable patterns (“prints”) from the fashion world.

The peak of Burberry's popularity came in the 70s of the last century. Then the glory of the brand began to slowly fade. For ordinary consumers, he no longer enjoyed his former glory, being associated more with football fans than with luxury goods. Approximately the same as in the territory of the former USSR the brand Adidas often associated exclusively with certain members of society.

This continued until the arrival of a new CEO, Angela Ahrendts, in 2006 (today she works for Apple). She managed not only to revive Burberry, but also to increase sales, as well as to increase the company's capitalization on 300%. Today, Burberry is once again enjoying high popularity, not only in Europe, but also in Asia.