What started out as a complete failure has grown into a world-famous company. In 1949, a young German businessman, Otto Werner, was left with a warehouse of unsold shoes - an attempt to open his own small shop in Hamburg ended in complete failure.

However, Otto did not become upset and managed to find a way out that was very unusual for those times. He printed a catalog with his products, sending it to different addresses. And this was not just an advertisement - anyone could order a pair of shoes they liked and receive it by mail. Consumers appreciated the innovation and things went up. Thus was born the idea of catalog trading, so familiar today.

The first catalog of the company Otto GmbH contained only 14 pages, hand-bound and issued in an edition of only 300 copies.

The unusual way of doing business gave Otto a huge advantage over his competitors. He did not have to pay rent for retail space and salaries for salespeople. The entrepreneur began to expand the range of products and in 1960 Otto GmbH became the largest trading company in Germany. And by 1980, it was already known in many countries around the world. 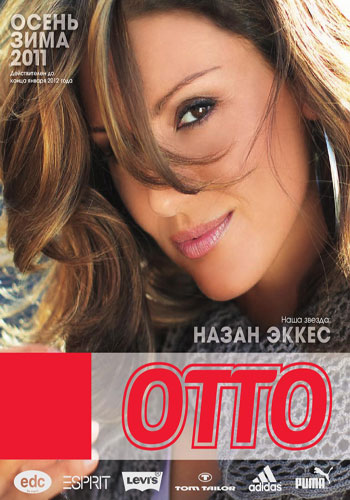 Over the years of its existence Otto GmbH absorbed many different companies, becoming the core of the concern Otto Group. In addition, representative offices were opened in all countries where, over time, a catalog became available. Otto. As a result, the concern includes about one and a half thousand companies. One of the latest acquisitions was the takeover of a bankrupt company Quelle once a direct competitor. Belong to Otto and own brands. Such as the Miss Sixty or Hanseatic. Many eminent companies are pleased to exhibit their products in the catalog, such as Puma, Adidas, Levi's, ESPRIT and many others.

And now the catalog no longer resembles that very first handicraft brochure. In order to accommodate tens of thousands of titles (there are more than 130,000 of them offered worldwide), a thick volume is published with a circulation of more than 100 million copies. However, in our days there has been a different trend - the entire business is gradually moving to the Internet.

Turnovers Otto Group according to 2010-2011 data, they exceeded 11 billion euros. The group headquarters is still located in Hamburg.