This is one of many sad business stories in which the rapid rise and prosperity of the company is replaced by a slow decline with desperate attempts at resuscitation. There are hundreds and thousands of such companies, however, today we will talk about a living legend, about Polaroid.

The founder of the company, Edwin Land, was born in 1909 in Bridgeport (Connecticut, USA). It is known that his ancestors were from Russia (he is not the only one - it is worth remembering only the designer Sikorsky, the inventor Zvorykin, the actors Yul Brynner, Michael Douglas and many others, ending with Sergey Brin and many less eminent and successful businessmen).

Land's ancestors, the Solomonovichs, emigrated from the territory of the Russian Empire (from Ukraine) to the United States at the end of the 19th century. It is known that the descendant of the Solomonoviches did not live in poverty - in any case, there was enough money to study at Harvard University. There, Edwin Land invented the world's first synthetic polarizing material, and the idea that served as the basis for the creation of the company was then used everywhere - both for civilian and military purposes.

In 1937, Land's designs finally found commercial application - Polaroid was founded. Initially, she did not deal with cameras, releasing sunglasses, polarizing glasses for various purposes for instruments and military equipment. 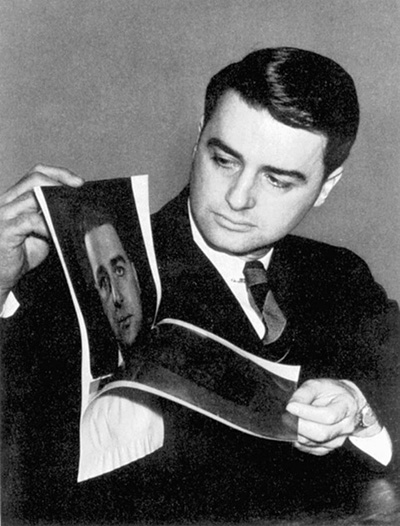 The company's website claims that Polaroid was directly related to the invention of night vision devices, x-ray film and much more. It's not hard to believe - Land patented more than 500 inventions in his lifetime. They say that only Thomas Edison has more.

Not only scientific achievements, but also an iron business grip helped the researcher to achieve success. According to one of the entrepreneur's former employees, Peter Wensberg, “Land is like a bear. You can admire the bear. You can deal with a bear. But you have to be very careful that the bear doesn't eat you." Edwin Land ran the company for 43 years.

Land's strength of character was experienced by the company Kodak, which we will discuss below.

In the 1930s and early to mid 1940s. of the last century, the company's main source of firms were polarized glasses. Unlike many other modern "inventions" of Polaroid, sunglasses under this brand are still in great demand among connoisseurs.

A photo? Wait a minute!

As the legend goes, the idea of "instant" photographs was given by the daughter of the founder of the company, being almost in infancy. “Why can’t you get ready-made photos right away?” she allegedly once asked her father. And he thought seriously. As a result, his employees also had to think seriously.

Shortly after World War II, in 1948, the company finally introduced the first camera that took snapshots - the so-called. Polaroid land. 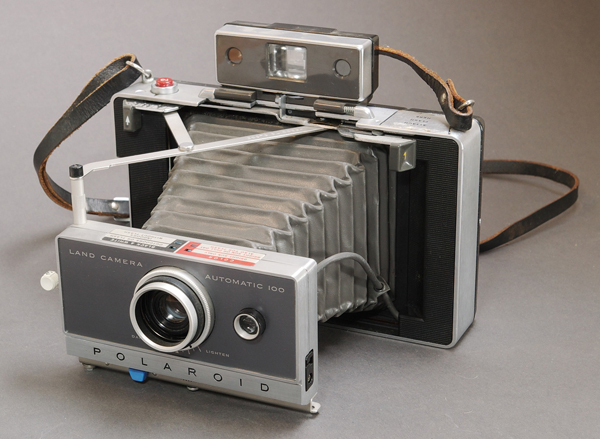 It is worth noting that each picture taken by the first Polaroid cameras was expensive - $ 1, which, at that time, was very decent money - a classic, average hamburger, for example, was several times cheaper. The time for cheap shots has not yet come.

However, cameras and other Polaroid products were in high demand. In 1963, Edward Land was awarded the Presidential Medal of Freedom.

Rise of an empire

In 1972, the Polaroid SX-70 Land Camera appears on sale, the first fully "motorized" model that does not require precise aiming and takes color "instant" pictures.

Since then, there have been more and more models, the price for them and consumables has been getting lower, and already in the 70s - 80s Polaroid became a truly “folk” camera, which all America and most of the world remember with nostalgia. At least citizens over 30 years of age.

In the late 70s, clouds began to gather over Polaroid. In 1979, Kodak announced its own instant photo camera. The company was in all respects many times larger and more powerful than Polaroid, but Edwin Land accepted the challenge, filing a patent infringement lawsuit six days after the announcement of the model.

The process lasted ten years and ended with a complete victory for Polaroid - Kodak was ordered to pay compensation of more than 600 million dollars. She's still lucky. Experts estimated the possible amount of compensation from $2 billion to 16 billion. In 1986, Kodak was forced to exit the business of instant photos - its developments were less effective. 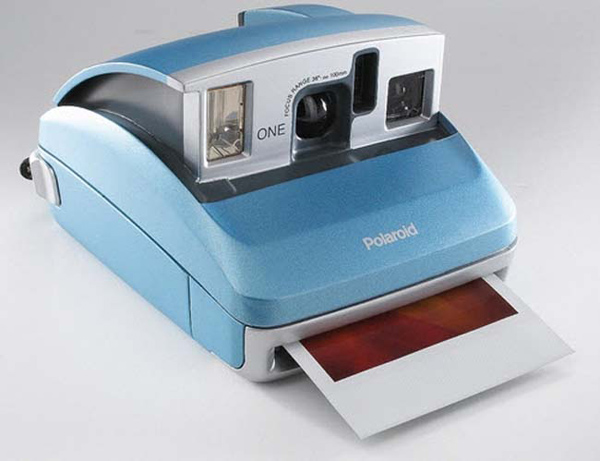 Before and after these events, a number of companies around the world produced Polaroid-compatible cameras capable of using appropriate photographic materials from a well-known company. This is FujiKeystone Camera Corporation, Konica, Minolta, Chinese illegal clones of the early 90s ... Even the USSR was noted with two models: “Moment”, in some respects a complete clone of the Polaroid Model 95, produced in the 50s, compatible with Polaroid photographic materials. In the absence of the latter, citizens mainly used locally produced products. In the 60s, the Krasnogorsk Mechanical Plant produced the Photon camera, like the previous model, compatible with Polaroid cassettes of the 40th series and the Soviet Moment.

In addition to the ill-fated Kodak, Fuji, Continental Camera Corporation, Camera Corporation of America, and others were involved in original development, but their technologies and models did not receive real recognition. The Polaroid empire had reached the peak of its power and was grinding its competitors to powder.

Few people know that Polaroid was also produced in the USSR. Moreover, not only “clones” of our own design, but a camera under the appropriate trademark. The JV (joint venture) Svetozor existed from 1989 to 1999, and produced models 635 CL and Polaroid 636 Closeup together with Polaroid. Some still have cameras with the proud inscription “Assembled in USSR” in their closets.

Decline of an empire

Great people sometimes make great mistakes. I remember Samuel Colt's story, who at first flatly refused to invest resources in the development of revolvers with through "cartridge" drums and fired the employee who proposed the idea. After his death, the heirs tore their hair out, watching how Smith & Wesson prospered, having bought the corresponding patent.

Edwin Land was wrong too. Prototypes of digital cameras have been in Polaroid since the 80s, but the owner of the company made a strong-willed decision: “we don’t do electronics.” 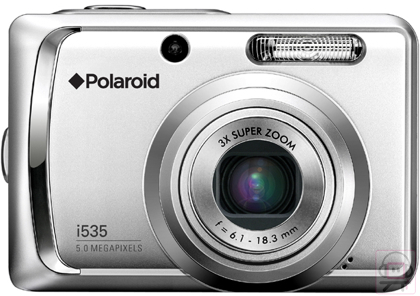 In 1996, the company nevertheless introduced the first digital camera, however, the moment was already lost. Young, including Asian firms seized the initiative like Polaroid.

By 2000, the company could no longer compete with participants in the digital photographic equipment market, and in 2001 the first bankruptcy proceedings began.

After that, Polaroid changed hands more than once, releasing either TVs or DVD players. All that remains of the former company is the word “Polaroid” in the title.

In 2009, a new Polaroid bankruptcy proceeding was launched, and now the company is back on the market, offering exotic solutions such as pocket photo printers, digital cameras with the ability to print small color pictures, "children's" computer tablets, mini-cameras for athletes, etc.

By the way, the company Polaroid Eyewear, which produces sunglasses and lenses, today belongs to the Italian Safilo Group.