Production of beverages under the name Wenjun White Spirit considered one of the oldest in China, production has been going on for over 450 years.

But, if we talk about the name itself, then we are already talking about several thousand years, the brand owners are proud of what exactly Wenjun - became the first name of a liquor seller whose name is mentioned in surviving historical documents. The name of the brand comes from the name of the heroine of Chinese legends - Zhuo Wenjun, who created unique spirits and did not forget about love. 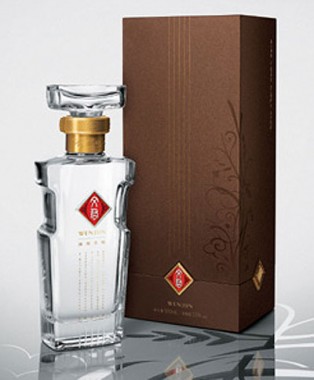 Production is located in the southwestern part of China, in Qiong Lai, Sichuan province. This area is famous for its favorable climatic and natural conditions for winemaking.

In 2007 the holding LVMH acquires 55% shares of the company from the brand that owns it Jiannanchun, which is one of the three leaders of the Chinese alcohol market. It was the first Asian brand to be included in the list of "luxury" holding brands. With the development of the luxury market, the brand, which combines the sophistication of the east and modern trends, was chosen as the most promising and promising premium alcohol brand.