Brand owned by a British company SSL International. Under it, contraceptives and other intimate products (lubes, sex toys) are produced.

The brand is one of the oldest in this area - the first condoms Durex went on sale in 1935. The company started making them. London Rubber Company. Name Durex - derived from "Durability, Reliability and Excellence" ("strength, reliability and excellence"). For a while, the company, founded in 1929, sold condoms exported from Germany. Then, in 1932, she began her own production, registering a new trademark three years later.

To date, condoms Durex gained widespread fame, owning almost a quarter of the world market. The "model range" is exceptionally wide - experiments are being made not only with materials, but also with shapes, smells and tastes. At least a billion condoms are produced annually Durex. In our latitudes, in popularity with Durex can only argue Contex is a brand that since 2010 is also owned by SSL International. 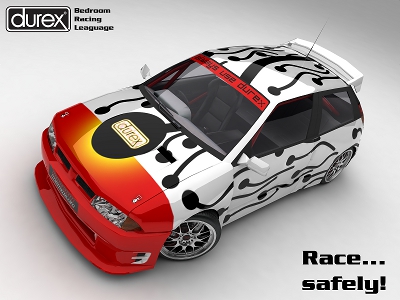 Advertising that glorifies Durex, is distinguished by its originality and obsceneness, never going beyond the bounds of decency, however. Usually it is ambiguous, but does not slide into vulgarity. Sometimes it is built on the principle "everyone thinks to the extent of his depravity." She is often awarded the title of "best". Deservedly, because it is difficult to advertise what other people are embarrassed to even talk about.

Head Office SSL International located in London, UK (London, UK). Condom factories are scattered all over the world, and the largest one is in China. In 2008, in Milan, the company presented a concept store for branded products - Durex Temporary Store. It is possible that someday similar stores will appear all over the world.

There is a trademark in Mexico Durexproducing socks. It is possible that it is for this reason that condoms Durex in this country are much less popular than in others. Condoms are the most popular among Mexicans Sicoproduced by a German company CPR GmbH and originally developed for Latin America.