Perhaps the most famous Taiwanese manufacturer of "advanced" communicators running Windows Mobile и Google Android, as well as UMPC. Moreover, the company both produces its own devices and is engaged in ODM assembly.

The company was formed in 1997. Initially, she was engaged in the assembly of devices for third-party companies and mobile operators - Orange, O2, KDDI, Vodafone, T-Mobile, Cingular, Verizon, Sprint. In those years, in addition to communicators and smartphones, PDAs were also produced. In the future, due to the extinction of this industry, their production was abandoned. 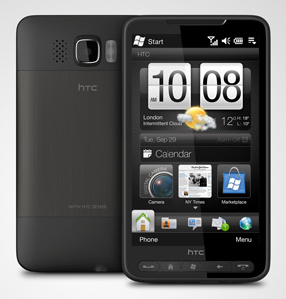 A hallmark of most products NTS is its brutality in technical terms, and sometimes in design. The company practically does not produce inexpensive devices. Most models are equipped with a screen with a diagonal of 2.8-3.5 inches. However, there are also 4 or even 5 inch monsters.

Devices in Russia HTC were announced in the third quarter of 2006. These were the TyTN, MTeoR, P3300, S620 models. Their sales started in the next quarter.

The first half of 2011 was marked by the fact that HTC for the first time managed to surpass Nokia by market capitalization.

Starting in 2009, the company began to shift its focus towards the latest Google Android. Exactly NTS introduced the first commercial model of Android-communicator - HTC G1 (T-Mobile G1). At the end of the same year, a prototype model based on the Qualcomm BREW platform, which is essentially not a smartphone, was presented - a unique phenomenon for HTC.

At the end of 2009 the company HTC rebranded, which resulted in the emergence of a new slogan. But before becoming a slogan, the phrase Quietly brilliant (exactly like HTC quietly brilliant) has been registered as a trademark.