The chain of fast food restaurants Subway is among the most famous, along with McDonald's, KFC, Taco BellBurger King and Pizza Hut. The brand's sandwiches and salads are devoured by millions daily around the world.

Just like its competitors, Subway operates on the principle of franchising. The rights to the brand are owned by Doctor's Associates, Inc. which has existed since 1965. In the same year, the chain opened its first restaurant. It was in Bridgeport, Connecticut, USA. And in 1984, the thousandth restaurant opened. Today there are about 50,000 Subway restaurants worldwide; in 2011 the chain was even ranked among the world leaders. It is also still the most popular in the U.S. and Canada. 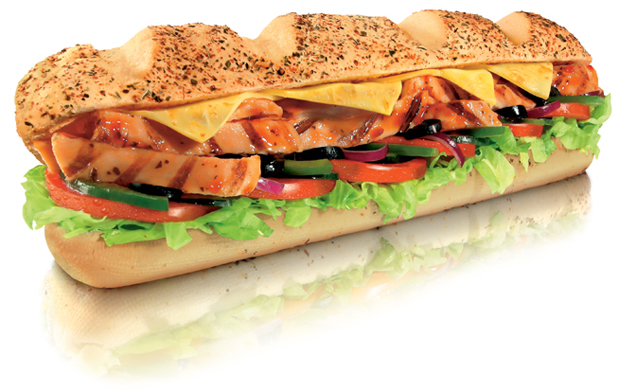 The menu not only includes sandwiches, but also various salads, and the absence of french fries allows Subway to position itself as a company that offers its customers healthier food. As for the sandwiches themselves, they also differ from competitors' products - they have an elongated shape resembling the hull of a submarine. They are called "Submarine Sandwich" or simply "Sub." This abbreviation is where the name of the chain comes from. However, the very first restaurants were called "Pete's Super Submarines". The abbreviation to the current name appeared in 1968.