branded Khortytsya the distillery of the same name, located in the Zaporozhye region of Ukraine, produces its leading brand of vodka and other alcoholic beverages. Except vodka Khortytsya The facility also produces a range of alcoholic and non-alcoholic beverages. The investor in the construction of the distillery was the Ukrainian-Danish company Image Holding. As a result of a number of mergers, the plant became part of the Global Spirits holding, which also includes the Odessa Cognac Factory, the Crimean Wine House and a number of other companies. 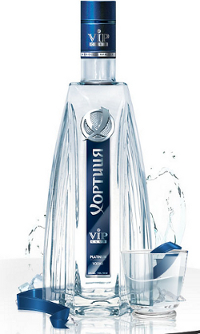 The trademark got its name in honor of the island of Khortytsya, which was one of the bases of the Cossacks of the Zaporizhzhya Sich, this place is considered one of the most significant in the history of Ukraine.

Vodka Khortytsya first appeared on the market in 2003. And since then, according to the owners of the brand, it has managed to conquer almost a third of the Ukrainian market. The manufacturing company is consistently among the top three leaders of the Ukrainian market. Also Khortytsya is actively exported to other countries, is included in international ratings and even occupies the first lines there. Khortytsya - one of the most popular in Russia among all varieties of vodka imported from abroad and was even recognized as vodka of the year. The brand is considered one of the most counterfeit-proof on the market.