Chewing gum Stimorol, now known all over the world, first appeared in Denmark. It was released by a small company. Dandy. At first, the brand was sold exclusively in the Scandinavian countries, but later it was introduced to other countries. The first overseas market for Stimorol became the market of the Netherlands, where chewing gum hit in 1959. 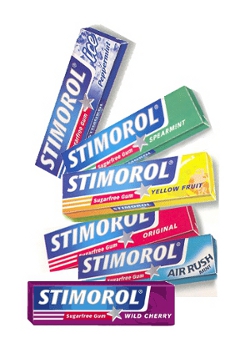 The company produces chewing gums in a wide variety of flavors, following fashion trends, in 1978 a special series appeared - without sugar.