The Japanese manufacturer of automobile tires began its existence in 1910, when it was founded by the American BF Goodrich Company (now B. F. Goodrich) and Japanese Yokohama Cable Manufacturing Co. Ltd. (now Furukawa Electric Co., Ltd.). It was in the city of Yokohama, which is located in Kanagawa Prefecture. Two years later, the first plant of the company was also built there.

The tires that were produced at this plant were very innovative by Japanese standards. But in addition to tires, other products were also produced, to one degree or another related to cars. So, in 1921, the production of drive belts was launched, which turned out to be much more reliable than the leather ones used in those years. High quality contributed to the growth in popularity of products, which, in turn, led to an increase in the range of products produced.

For the first time, products on which the brand stood Yokohama appeared in 1930. In 1934, the first, rather clumsy attempts to enter the international market begin. And in 1935, a significant event occurred - these products began to be used as standard equipment for their company cars. Nissan и Toyota. But that's not all, Yokohama Rubber became the official tire supplier for the imperial court - as many as 24 tires per year. 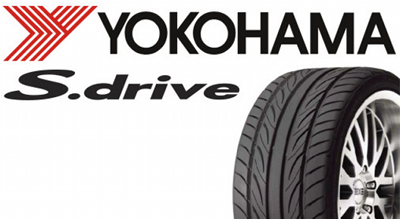 World War II brought with it military orders, thanks to which activities began in previously unfamiliar areas. In particular, the production of tires for Zero and Hayabusa fighters was launched. Only in order to keep up with orders for aircraft tires in 1944, an additional plant was built in Yokohama, which, by the way, is still operating to this day.

The end of the war led to the crisis of the entire economy of Japan. But, as is the case with many other Japanese companies, it managed to rise through the Korean War by producing self-belting tires for the US military. And by 1957 Yokohama Rubber already produced "rubber" for jet aircraft. In general, the 50s of the last century became very productive for the company, which not only stood firmly on its feet, but also managed to expand sales markets and increase the range of products.

Mass consumer Yokohama Rubber best known as a manufacturer of tires for sports cars. The company maintains this reputation in every possible way, acting as the main tire supplier for many major competitions, such as World Touring Car Championship. However, tires are produced for a wide variety of vehicles - from small sports sedans and large SUVs, to buses and trucks.

The company's headquarters is located in Tokyo, Japan (Tokyo, Japan). Yokohama Rubber Company owns many well-known brands, such as ADVAN (especially popular in Japan) S drive, parada, Avid, Geolandar other. Today it is one of the largest manufacturers of all kinds of products that are somehow connected with rubber.